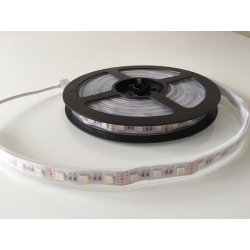 Condition of the product: New

By purchasing this product you receive from us 200 points that you can use for shopping in our store. This applies only to customers registered in our store.

Ask for product Tell a friend PDF Specification
RGBW LED strips 12V 5050 - Construction of the LED strip is based on a three-chip SMD LEDs. On this tape you will find LED besides the traditional RGB LEDs SMD LEDs 5050 in color hot or cold (depending on the model of LED strip). Through the use of alternating RGB LEDs and LED (MONO), we can get besides a full range of colorful hues as white in color with warm or cold. To suitably adjust the RGBW LED strips also require appropriate controller. RGBW LED strip is mainly used for decorative purposes.
RGBW LED strip can be used in the system FIBARO to cooperate with the controller RGBW.

RGBW LED strips are often chosen by customers because they correspond to many aspects important in the contemporary arrangement of space. It is environmentally friendly solution. It does not contain harmful substances, type of mercury. Besides rarely they throw them away - LED life is 35 thousand. hours while as many as 50 thousand. cycles on / off.

For models RGBW especially important is the fact that the LED itself, without additional filters can emit light with high saturation different colors. Due to controllers multicolor variant can not only use well over ten million colors and shades. At the same time you can manage them in order to change smoothly or abruptly and were not fixed, as it was at the beginning of their placing on the market. The LED used in the proposed led stips needs only 1,1s to ignite the fullness of his power.

IP65 LED strip can be installed both indoors and outdoors. There is no requirement to somehow further protect it from the weather, although it is permissible exposure rather momentary led strips and LEDs to high humidity or eg. Heavy rain. It is not allowed its immersion in water. Water damage silicon layer, which has a led strip with a coefficient of IP65.
The color, which has a streak of light in warm white is closer to the color yellow. Warm hue is pleasing to the eye, you better build a cozy atmosphere in the interior. Most often it used inside buildings, at home, for private use. However, the impression of weaker than in the white cold and neutral. 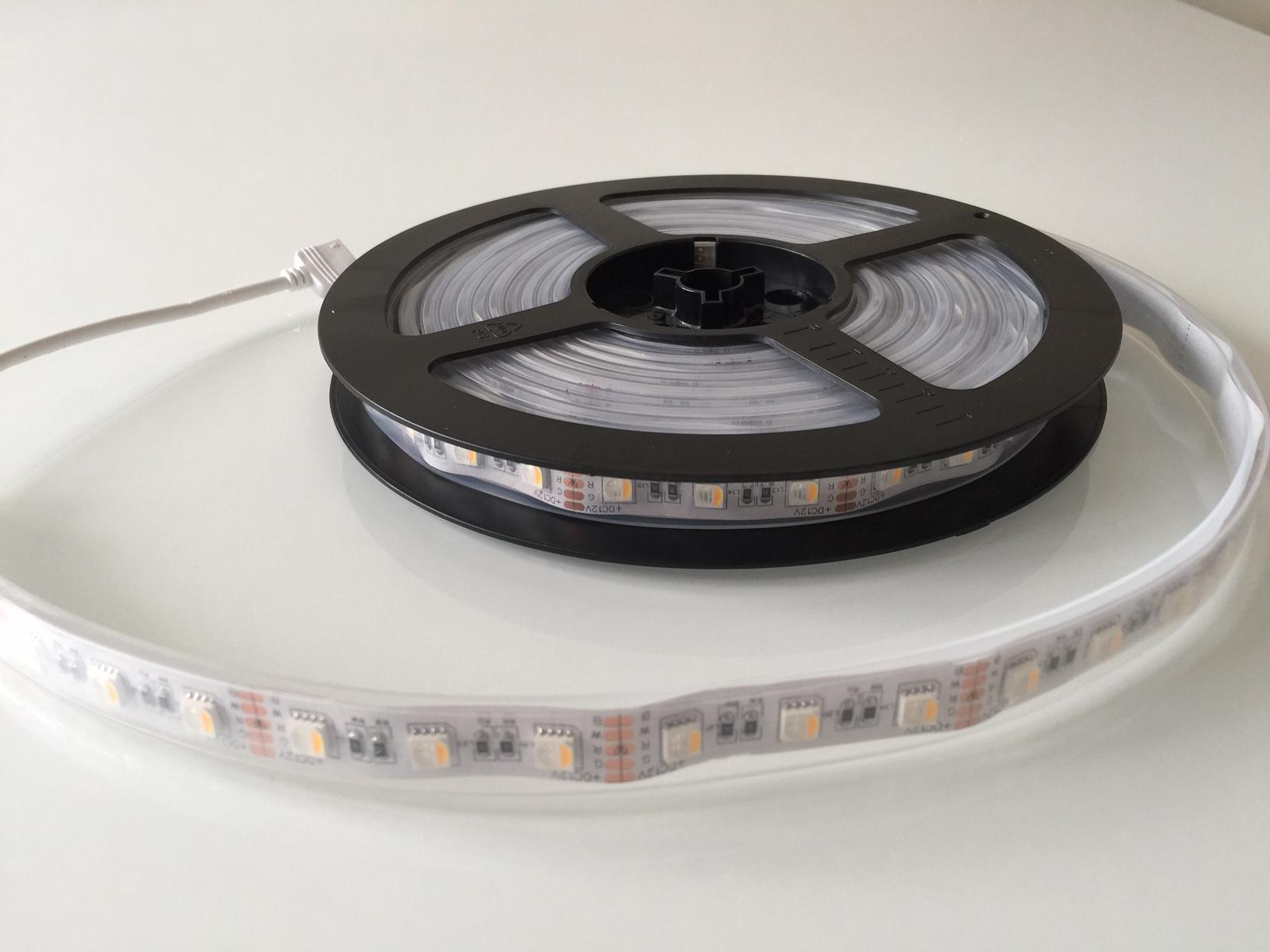