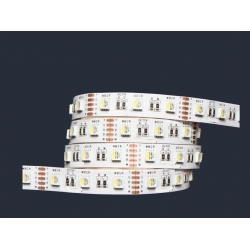 Condition of the product: New

By purchasing this product you receive from us 439 points that you can use for shopping in our store. This applies only to customers registered in our store.

Ask for product Tell a friend PDF Specification
RGBW LED strips 12V 5050 - Construction of the LED strip is based on a three-chip SMD LEDs. On this tape you will find LED besides the traditional RGB LEDs SMD LEDs 5050 in color hot or cold (depending on the model of LED strip). Through the use of alternating RGB LEDs and LED (MONO), we can get besides a full range of colorful hues as white in color with warm or cold. To suitably adjust the RGBW LED strips also require appropriate controller. RGBW LED strip is mainly used for decorative purposes.
RGBW LED strip can be used in the system FIBARO to cooperate with the controller RGBW.

In addition to models with warm and cold white variant, we decided to broaden the offer of a color temperature referred to as neutral. Talking about RGBW LED strip, which next solution multicolor LEDs also used the option of white.

RGB models especially important is the fact that the LED itself, without additional filters can emit light with high saturation different colors. Thanks drivers multicolor variant can not only use well over ten million colors and shades. At the same time you can manage them in order to change smoothly or abruptly and were not fixed, as it was at the beginning of their placing on the market. The LED used in the proposed led strips needs only 1,1s to ignite the fullness of his power.

The substrate for light emitting, which is the bar on which are placed the modules is made from a flexible copper laminate in white. It's a very universal solution and the color of the substrate supports LED lighting effect.

Thanks to its size and the possibility of cutting every 5 cm, it can be easily mounted in virtually every slot with LED profile or not. The installation itself is very simple - the easiest option is the use of double-sided adhesive tape, which is sufficiently stable solution. On the other hand so effective that if the idea to change the arrangement with ease after dismantling apply it elsewhere.
RGBW LED strips are a revolution, which, thanks to its advantages achieved success in the lighting market.

LED strip RGBW - neutral - a solution created for people who want to enjoy a universal light emitted by the LED.

On the led strip alternately are placed RGB LEDs and LED MONO. Thereby, depending on the situation, in addition to a whole range of rainbow colors, the color can also be achieved with warm or cold. To control this type of LED strip, it is necessary to use a special controller. The product can be used in the system Fibaro or KNX and work in conjunction with the controller RGBW Fibrao or  KNX. This model is also equipped with LEDs that emit neutral color temperature. This highlights only the versatility of this solution.

RGBW LED strip is used most often for decorative purposes. It is a beautiful decoration of many places, such as a book, website, highlighting the bed in the bedroom, for example, or recesses. The possibility of self-emitted color selection makes this solution very versatile, which can check a variety of circumstances. Using a specific color of light to enter your home a specific mood. This type of tape is often used by private entrepreneurs, owners of hotels, restaurants, clubs and similar venues, who want to stand out from the crowd. Durable, decent LED strip with a prolonged duration of action, definitely check in this role perfectly.

The tape is flexible, friendly to install. From today, anyone can enrich your interior with elegant LED strip, which will give a wonderful, intriguing final result. See how much gain your interior, using only an invisible LED strip. The effect will be staggering. 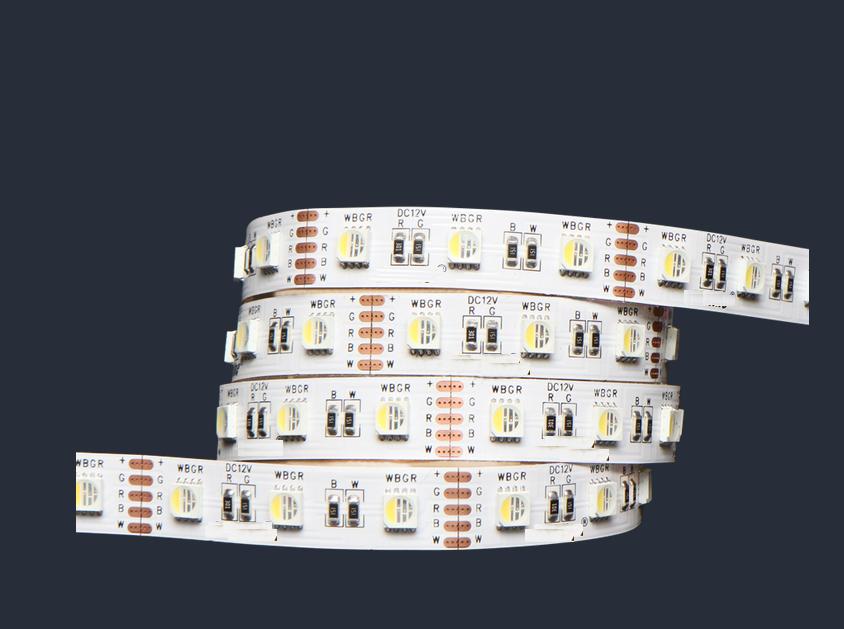